5 Things I Learned from Studying Abroad 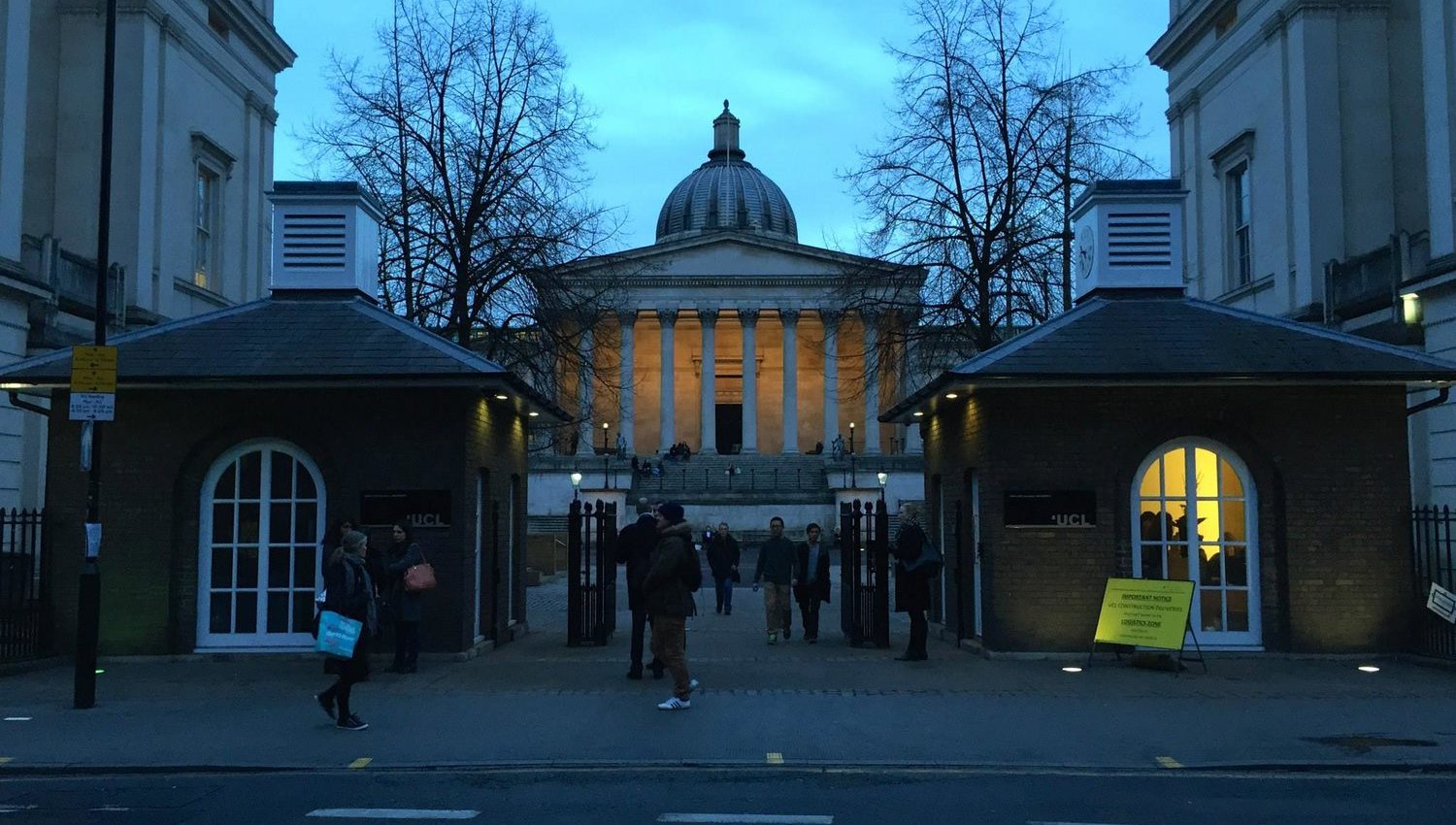 When I started college, I never planned to study abroad. The fear of leaving my comfortable lifestyle had outweighed the benefit of spending a semester in a foreign place. I’d moved a lot in my childhood, and I just couldn’t see the point in doing it voluntarily (and temporarily) all over again.

It wasn’t until the summer before my Junior Year of college, on a late-night drive back from Zion National Park, that my Dad convinced me of how lucky I was to have the opportunity to study abroad.

“If you don’t do it, you will be missing out on one of the most exciting, eye-opening experiences of your life.”

He could not have been more right.

I decided to study abroad in London, and it was one of the best decisions that I have ever made. Not only did I study abroad, but I also traveled after my exams ended (and a bit before) to 11 different European countries. I stayed with Couchsurfing hosts, Airbnb hosts, in hostels, on friend’s floors, and ONCE during the whole journey, in a hotel.

I became addicted to the lifestyle that I had feared before I decided to study abroad. Short-term homes in new locations were satisfying in ways that no other experiences had been before. Every day was full of new foods, new faces, and new sights. I had no routine, and I had never been happier. There was always something to look forward to.

And then summer came crashing to an end (along with the funds in my bank account), and I was on a flight back to the US. You know how people talk about catching the travel bug? Well, it’s a real thing. When I got back to school I was restless. All I wanted was to be on my way to another place. I felt claustrophobic in my old routine and familiar environment. I spent the entirety of my senior year dreaming about (and saving my money for) a return to Europe.

Just two months after graduation, I’d bought a one-way ticket and was on a plane back to the continent that I’d fallen in love with the year before. In less than two hours I would be touching down at London Heathrow. Reflecting on how I felt then versus how I felt the first time that I took that flight made me realize just how much I’d learned from my experience studying abroad (and I don’t mean academically).

Here are the five biggest things that studying abroad taught me:

1. How to be minimalist:

My first time making the journey across the Atlantic, I had brought four (that’s right, four) suitcases with me.

During my semester abroad I kept getting more and more frustrated with the amount of things that I had and didn’t need. These extra clothes and accessories acted as literal weights on my shoulders. I felt less flexible and less free for having to spend valuable time browsing through outfits or deciding what to pack for my next trip.

This time, I managed to fit everything that I needed for my indefinite trip into one large carry-on-sized backpack – a big improvement.

Travel makes you realize that all you really need are the essentials. Now, I have outfits for each occasion. I don’t waste any time wondering what to wear, where things are, or why I bought them in the first place. Having less also means that I’m always ready for adventure. I know exactly what I need, where it is, and that it will all fit in a single backpack. Now, I can spend more time on the things that matter: Exploring the world around me and connecting with the people in it.

2. How to start a conversation:

The whole time I was studying abroad I was aware of how temporary the experience was. The sense of impermanence made saying yes to things a lot easier and saying hello to strangers a lot more appealing.

If you’re traveling, you’re often in situations where you’re surrounded by many other travelers. You’re all sharing a common experience of being away from home. This makes starting a conversation as simple as asking, “Where are you from?” and 9 out of 10 times I recommend starting that conversation. If there’s one reason people travel, it’s to enjoy new experiences. Meeting new people can be one of the best new experiences and one of the greatest joys of traveling.

Before my flight back to Europe even boarded, I made friends with a very kind Belgian woman (now my friend on Facebook) who offered me a place to sleep if I ever found myself near Luxembourg; a sweet older couple from Gloucester heading home after their holiday in Maine; and a London local on her way back from holiday in Nantucket with the family that she au pairs for.

The conversations that I started while abroad led to some of the most rewarding relationships I’ve had. I am so grateful for having met the wonderful people that I did along my journey, many of whom are still in my life.

3. How to be independent:

Before studying abroad, I would rarely do something like go to a restaurant or see movie on my own. I wouldn’t even go to an exercise class on my own. I didn’t see the point in most experiences if I couldn’t share them with others.

However, for about three weeks of my travels following my study-abroad semester, I was on my own. I was forced to get out of my comfort zone and do things by myself. And to tell you the truth, I loved it. I only had to do what I wanted to do. I didn’t have to compromise or wait for someone else to get ready. I learned so much about what I enjoy and what I don’t from these weeks, and  since then, I have made it a point to travel solo.

After studying abroad, I’m so much more likely to explore new things without relying on someone else to join me. I am more pro-active and I do the things that I want to do. I know now that I can fend for myself and I can have a damn good time in the process.

4. How to overcome fear:

They say that the best way to overcome fear is to face it. Studying abroad gets you out of your comfort zone in almost every way possible. You are leaving behind your family, your friends, maybe a significant other, and you are heading into a new place where you know no one, have no idea where anything is, and in some cases, no idea how to speak the language that everyone around you is fluent in.

I know that I have been sugarcoating the experience of studying abroad, but I don’t mean to belittle the fact that, at times, it can be a huge challenge. It is not always an easy, carefree time. There will be hurdles, but you will be forced to overcome them, and this will make you stronger.

During my time abroad I lost a family member, went through a breakup, and had multiple health issues. These were all things that I had imagined as “worst-case scenarios” before traveling, and seriously hoped that I wouldn’t have to go through them.

Dealing with these challenges was hard, particularly because the people I would normally lean on for support were so far away. For the most part, I had to work through these problems alone; something that I was not used to, and had always feared. However, facing these things alone allowed me to feel more deeply, and work through pain more organically. I came out of each negative experience feeling stronger and more understanding.

I was also so lucky to have met some lovely people during my semester abroad who really stepped up when they saw I was struggling. Even though we hadn’t known each other very long, my flat-mates at my dorm in London brought me ginger ale and crackers when I was sick. They hugged me when I lost my grandfather. They lifted me up when I was upset about my breakup. And I did the same for them.

It was in the moments where I felt the most down that I realized that no matter what happened, I would be okay.

Studying abroad gave me a wildly new perspective on how many options I had in life. It made the world seem a lot more accessible, and the path I’d created for myself before studying abroad seem a lot less mandatory. I never would have lived in Amsterdam, started a travel company, moved to London, found an amazing partner, and formed an incredible community of lovely people if I hadn’t taken advantage of the opportunity to study abroad.

At this point I can’t envision what my life would be like if I hadn’t studied abroad; if I hadn’t met the people whom I met during my journey; if I hadn’t tried the foods that I did: overcome the fears that I had; and experienced the ways that other people live. From each place I’ve been, I’ve taken a piece of knowledge or understanding that has changed the way I live my daily life. I am inspired by the multitude of cultures, the endless beauty, and the vastness of opportunity that the world holds.

Now, if you are reading this, have the opportunity, and are trying to decide whether or not to study abroad – I have just one quote to share with you:

“If you don’t do it you will be missing out on one of the most exciting, eye-opening experiences of your life.” 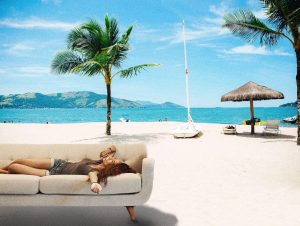 11 Ways to Explore the World During Lockdown 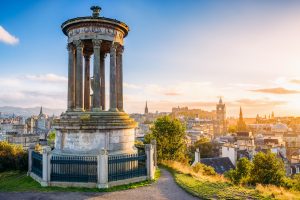 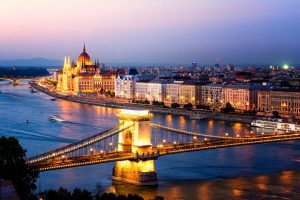 Stay in the loop

Sign up for our newsletter to receive exclusive deals and the latest news on travel!